Does anyone remember the shred days of old? I'm talking about the old Shrapnel Recordsdays when there were some really good instruMETAL albums put out. Jon Hooper has managed to create one of the very few instruMETAL CD's that I can honestly say takes me back to that time period with "Doorways To Other Worlds".

The first thing many will note (read: complaing about) is that this CD doesn't even manage to hit 21:00. So what? I would far prefer 21 minutes of good music than 45 minutes of the scholck that so many less talented bands are being paid far too much to put out today.

It is very obvious, from the first track "Grind" to the closing track "War Machine", that Hooper has an ear for melodic, hook-laden metal. It is often difficult to keep a listener's attention without vocals and lyrics, which is why it is a rare artist who manages to pull off a disc like this. But Hooper does not have that problem. Whether he's running the frets as he does on the previously mentioned "Grind", slowing things down with the short, melancholy interlude of "Frozen In Time", or charging through the more metal numbers such as "Radial Boogie" or the chugging "War Machine", Jon keeps things interesting by not being afraid to switch styles. That being said, the project still soundsorganized and flows well, unlike other instrumental discs I have heard ("Epic Tales Of Whoa" by Tony Palacios being an example of disorganization, in my opinion). The last track,unlisted track 9, is the only "throw away" cut on the disc, and I'm not really sure what the intent of the track is. Other than that, there is not a single song here that I even think of hitting the "skip" button for, though I do hit "repeat" on several of them. One request...PLEASE stretch "Frozen In Time" into something longer, as I love this piece of music.

Hooper handles the majority of the guitar work, getting a brief assist from former Mortification guitarist Jeff Lewis on track 2 "The Journey". (Lewis also gets songwriting credit for his aid on "Radial Boogie".) Hooper also handles bass duties on tracks 3, 5, and 6, as well, with Sheldon D'Costa holding the bottom line on the rest of the cuts here. The drums are programmed, but are not a detraction here, as this is a disc of guitar-driven melodic hard rock and metal. The drums are merely background noise here, and that is how it should be. On top of it all, Hooper also does the artwork for the disc! His priorities are in order, as he thanks Jesus Christ first and foremost on this disc, and, his unsolicited, but greatly appreciated plug for the Christian Metal Realm is a nice touch to say the least! Actually, it makes the CD complete, in my estimation!

In all seriousness, if anyone is looking for some great instruMETAL, then they need to pick this disc up. What it lacks in length of time, it more than makes up in quality of sound. The production is crisp and clean, yet not polished to a sugary sheen in any way. The musicianship is first-rate, and the songwriting is excellent. I honestly can say that I look forward to even more from Jon in the future, and will definitely pick up any project that he lends his considerable talent to. 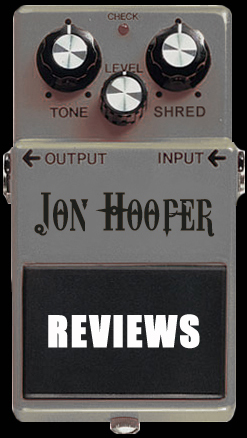 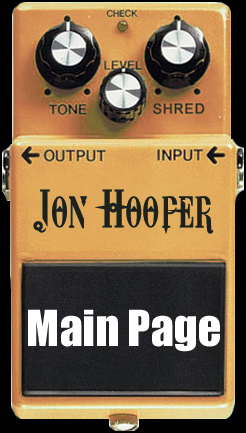